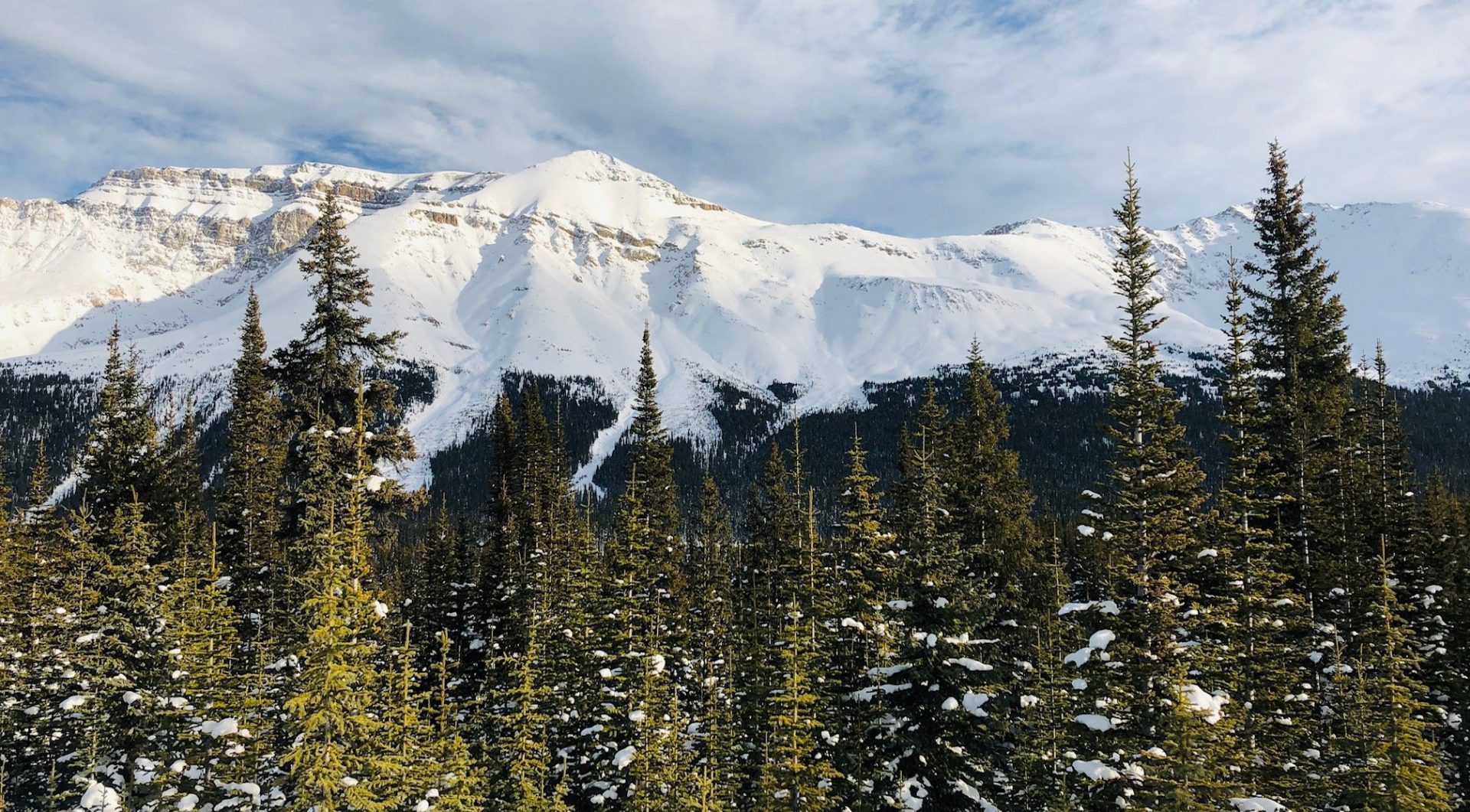 Confronting our Romanticized Illusion of Wilderness

When I was studying in New Zealand, I wrote about the concept of wilderness for my Outdoor Adventure class. I had certain beliefs about wilderness – all positive – but to challenge myself, I chose to take it from the opposite perspective. I began studying the critics of wilderness and found myself agreeing with more and more of their ideas. Here is the essay in a an abridged form.

For many, “wilderness” conjures images of pristine lakes, lush forests and rugged mountain ranges, national parks and land untouched by humankind. The motivations for stepping out into wilderness are as varied as the wilderness itself: to escape the anxieties inherent in a modern, industrialized society; to retreat to a time when the world was simple and pure; to seek exploration and adventure and push one’s physical and emotional limits. But this vision of wilderness, this romanticized idea that a superior place untouched by humans exists, is an illusion.

Wilderness is considered natural because it is virgin and untouched, thriving without human influence, however such a wilderness simply does not exist. Humans impact the wilderness directly (through their passing) or indirectly (through air quality, upstream damming, and much more). A look at history reveals that acquiring such areas of wilderness was not natural either, but rather the result of privilege and exploitation. Finally, in accordance with the definition that wilderness is where the people are not, if elements of a natural environment, like trees, flowers and rivers, exist in too close proximity to civilization, they are no longer considered elements of wilderness.

This flawed definition of wilderness is the product of anthropocentric beliefs, wherein we think of nature as being separate to humans, and the resulting dichotomy between human and nonhuman is deeply troubling. If wilderness is limited to the absence of humans and we continue to believe we are separate from nature, we cannot create a society that works sustainably within nature, one that acts in accordance with the environment rather than resisting or exploiting it.

Hope is not lost however. Through outdoor education the connection between the human and nonhuman can be re-established. Outdoor educators can teach children, youth and adults alike that wilderness is a not land untouched by humans awaiting recreation or exploitation, but a place where we can remind ourselves that humans exist in tandem with the magnificent environments around us, and carry this view back to urban society. Only then can we create a world that sees nature as a part of us, and we a part of it.

The concept of wilderness was born through exploitation and privilege

There was a time when human interaction with the natural world did not mean degradation. Indigenous populations around the globe manipulated resources from the environment to build their homes and sustain themselves; many tribes and clans believed in a deep connectedness of human and nonhuman. That is, there was no distinction between humans and the natural world around them, for humans were a component of nature like any other plant, rock or animal.

At one point industrial revolution began shifting the population from rural to urban settlements. Looking to escape civilized society and its inherent femininity, upper-class men began seeking out a truly masculine “wilderness experience.” Wild land became, at least for the financial elite, a source of recreation; not surprisingly, seven of the ten oldest national parks in the world were established in the United States and Canada in the late 19th century.

Dishearteningly, the outdoor industry remains the wealthy white boys club it once was. Women and people of colour remain underrepresented in the outdoor industry, and experiencing what many consider true wilderness requires some hefty financing. If wilderness is meant to be the most natural of environments, why would such a privilege exist?

With the desire for wild land untouched by humans, as if a land could ever exist, Indigenous populations were forcefully removed and confined to reserves. The land they left behind was dubbed too natural and important for human interference. Traditions that had been practiced sustainably for thousands of years were restricted or eliminated. Suddenly that same land was deemed virgin and untouched, and subsequently named a national, state or provincial park. This sequence of events has an unsettling resemblance to colonialism. How do we disregard such exploitation and deem this wilderness suddenly untouched?

Picking and choosing what is natural and what is not

By now it should be evident that wilderness is not as natural as one might believe it to be. In contrast, the nature in our own backyards is much more natural than we give credit. What distinguishes the pine tree in a remote northern forest from the pine tree in a southern city park? Both are natural: they grow on their own accord, they exist for the sake of existing. Both are influenced by humans: they breath the air humans pollute, they require protection and conservation for their continuation. Here humans and the environment are not separate entities, but both exist within the natural world together. Yet the tree in the city is not offered the same admiration as the one in the forest, as we continue to believe it can’t be natural if it is subject to human contact.

No other species attempts to have no impact on its natural environment. An insect eats away at plants, a bird scrapes off bark to make its nest, deer graze and wolves hunt. Early humans and their ancestors used the resources of earth for millennia without leaving permanent damage. Sustainable impact is possible when the species regards itself as a component of the natural environment, living within it and operating by a natural set of laws, rather than as a separate entity. Why are humans so insistent that their presence is the sole criteria used to distinguish between the natural and the unnatural?

The answer lies in anthropocentrism, the belief that humans exist outside the natural world as the “crown of creation”. It is a concept deeply ingrained in modern society both knowingly and unknowingly. The hallmark of anthropocentrism is the belief that all other species exist to serve the needs of humans. Thus environmental exploitation is not seen as human greed but rather a taking of what we are entitled. However, anthropocentrism is also exhibited when humans believe they are “capable of causing the end of nature,” as if the earth is a damsel in distress and humans can either be the knight in shining armour or the fire-breathing dragon outside the tower, altogether neglecting the fact that the earth existed long before humans and will likely exist long after we are gone.

Our concept of wilderness is the result of this type of anthropocentrism: humans are separate to nature and have the superiority to dictate nature’s survival, so we must permit the natural environment to prevail; but since humans are separate to nature, true nature can only exist in the absence of humans. We must then designate areas for nature to exist without the influence of humans, and thus our concept of wilderness is born.

In contrast, consider ecocentrism, the opponent to anthropocentrism wherein all living things have value “regardless of their usefulness to humans”. In this belief, humans recognize they are a component of the natural world, meaning they hold respect for other components and act accordingly. This eliminates the separation between human and nonhuman so wilderness is no longer a land without humans, but a land in which humans exist in harmony with the surrounding environment. Here, wilderness is a well-travelled path to the summit of a mountain, allowing all to experience the view at the peak without compromising the land they took to get there. It is a river with designated campsites along its banks that eliminate the damage caused by makeshift fire pits and tent sites. Wilderness is found in both an acre of garden passed through on a walk to school and on a glacier 300 km from a settlement in Greenland. Nature is far off in the distant but still close at home; humans are as much a part of nature as it is a part of us.

Despite this, there is still value in protecting wild places

Does this mean there is no value in such remote environments? Is it immoral to advocate for protected, uninhabited land or support the hundreds of national parks existing today? Not at all; both humans and nature can still derive benefits from such land dubbed “wilderness”. The extent to which an individual can be physically and emotionally challenged in a remote environment is unparalleled in the city. Participating in outdoor activities has been found to improve overall health and happiness. Protecting land ensures there are environments for wildlife to thrive without the risk of development or infrastructure. And importantly, natural environments provide an opportunity for reflection and gratitude, reminding us of the deep connection between human and nature. All of which contribute to a better society as a whole.

The key is in changing our understanding of wilderness, and this is a task outdoor educators are best positioned to tackle. Outdoor educators can continue to use natural environments to build hard-skills and emotional resilience in students as they have done in the past, however they can also change their perspective on wilderness if the correct material is added to their outdoor education curriculum:

In addition, outdoor educators can use their network (their organization, peers in the industry and media influence) to shift the conversation about sustainability and conservation to be more ecocentrism-focused.

The perception that wilderness is natural and untouched, a place where humans cannot be, is misguided and detrimental to fostering beneficial human-nonhuman connections. By shifting our culture from an anthropocentrism-focused to an ecocentrism-focused society, we can learn to value both the distant wilderness and the wilderness in our everyday lives. Outdoor educators can pioneer this shift by improving their curriculum and using their influence to change perspectives about the environment. By doing so we can hope to rebuild the human-nature connection and begin living more

Hardy, U. (2017, February 10). The 10 Oldest National Parks In The World. Retrieved from https://theculturetrip.com/north-america/articles/the-10-oldest-national-parks-in-the-world/

International, S. (2016, November 17). Incredible new photos of uncontacted Amazon tribe – that could be wiped out. Retrieved from Survival International: https://www.survivalinternational.org/news/11503

Mercado, J. (2015, August 5). The Significance of Wilderness in our Modern World. Retrieved from Pachamama Alliance: https://blog.pachamama.org/the-significance-of-wilderness-in-our-modern-world

The Dangers of Being an Outdoor Elitist

How to talk about your travel experiences in...

Welcome to Voyageur Tripper, a blog dedicated to outdoor adventure - for those of us who aren't NatGeo explorers. A wilderness guide turned corporate consultant, I write resources and travel stories to help and inspire others to get outside more. Read more on my About Me page.

This website uses cookies to improve your experience. We'll assume you're ok with this, but you can opt-out if you wish. Accept Read More